I’m Jey, and I do the queer demon-summoner slice of life webcomic Job Satisfaction. I use they/them pronouns and live in Boston with my two partners, who are also artists. I’m a monster smoocher and my comic reflects this as indulgently as possible. My personal/sketch blog is Prawnlegs.tumblr.com, and I can be found on Twitter as @Dumpysaurus.

What do you do? (Write, draw, edit, publish, promote etc.)
How did you get started doing that?
My comic is a one-Jey show, but the support I get from my partners is invaluable. They’re the greatest.

What was your first comic to create? Why that one? First to read?
Not counting stuff I did as a kid, my first comic project was Bailey and Del, a semi-autobiographical comic about being a middle school outcast with an imaginary(?) monster friend. I started with B&D because it was episodic and heavily informed by my childhood, which was way less daunting than the thought of a longform, plot-heavy comic. As a kid I was originally inspired by newspaper comics, and that was a career aspiration before I realized how many other kinds of non-fine-art art jobs were out there.

(Read Bailey and Del, alongside more content, on their Deviantart!)

Any current or upcoming projects we can find you on?
I’m hoping to get a pitch together in time to submit to the Open Road Anthology, but other than that, Job Satisfaction is my main focus for the foreseeable future.

Favorite inspiration, collaborators, other professionals you’ve worked with if any?
My friend Amy King (of The Muse Mentor and Harlowe Vanished) is a great inspiration, she’s such a pro at character design diversity and beautiful, polished art. My friend Mac is also way up there, their style is unlike anything I’ve ever seen.

Anyone you’d like to collaborate with some day? Why?
I’d love to team up with Dirk Grundy (of String theory) sometime because their rendering is just phenomenal. Hi Dirk. 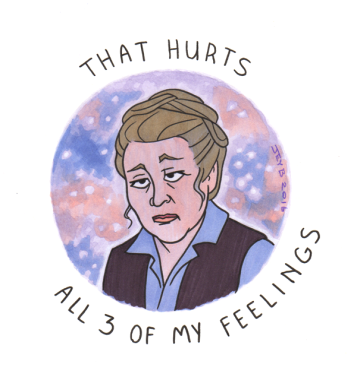 Favorite genre to read? To work in? Are there any you won’t work in?
I go for pretty much anything supernatural or fantasy, especially if queer characters are included, though if character motivation and art are really strong I’ll be into it (TJ and Amal, the gay road trip drama we all know and love, comes to mind). I’m not big on tragedy. I like fluff and happy endings.

Coolest moment you’ve had as a creator?
I have to admit, I freaked out (delightedly) the first time I saw my comic mentioned in an LGBTQIA comics lineup. I think it was on The Slash Pile on tumblr. 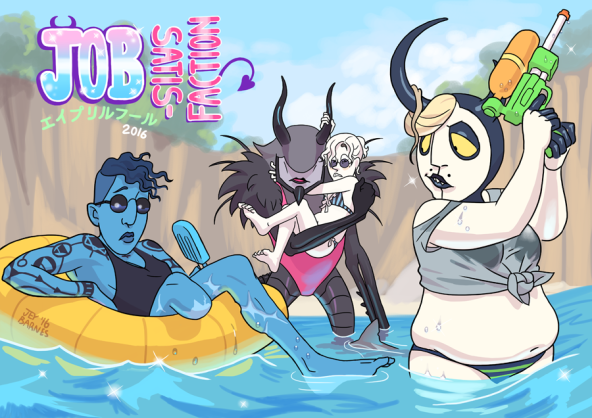 What do comics mean to you?
Comics are THE MOST EXCITING THING to me because the resources necessary to make them are so accessible to all different kinds of people, which is great if you’re like me and are hugely inspired by animation but want to tell a story NOW instead of after ten years of training. The accessibility also means that you get stories from almost every imaginable perspective, which is a really big deal when so much of mainstream media is intent on leaving marginalized people by the wayside and rehashing tired formulas forever. I get really emotional about webcomics. 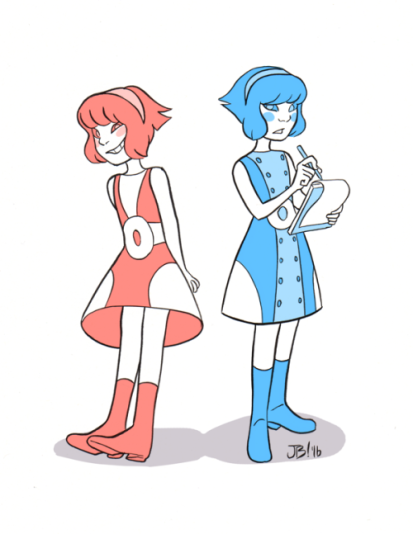 Advice to other nonbinary creators in the field?
I love seeing nonbinary characters in comics! We gotta write them, because who else will, am I right?

What are you currently reading?
I just blew through the archive of Never Satisfied and wish I’d started it sooner. It’s extremely charming. I’m also really digging Alice and the Nightmare, and Amy’s comics, Harlowe Vanished and The Muse Mentor. I am on the EDGE OF MY SEAT waiting for Noora Heikkilä’s vampire romance comic, Letters for Lucardo, which will be kickstarting soon.