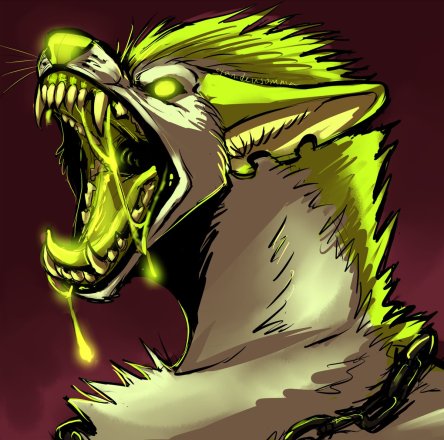 “I am an AFAB agender furry artist, for now going by Cyanide. Pronouns are they/them, not strictly enforced. I like collecting bones and drawing boners. I suffer from depression/social anxiety and unbridled creative ambition.”

What do you do? (Write, draw, edit, publish, promote etc.) How did you get started doing that?

I draw, write, and design merch sometimes (I think I like having it more than selling it). I’ve been drawing my whole life, and really got serious about writing when I was about 11-13. The merchandising is a newer thing.

(Catch their merch on Redbubble, Society6, Squareup, Gumroad, and more!)

How did you get your start in comics? What was your first project and how did it come about?

I’ve probably done sequential art/stuff with a narrative as long as I’ve been drawing, but the first comic I can remember is Secret Agent Frosty in 5th grade, about some of our cats at the time. The next Big Comic Thing was participating in OCTs (original character tournaments) on Deviantart around 2007-2009.

Any current or upcoming projects we can find you on?

Upcoming projects that have been brewing in my head for years, maybe the next one will be made in 2024, are here. 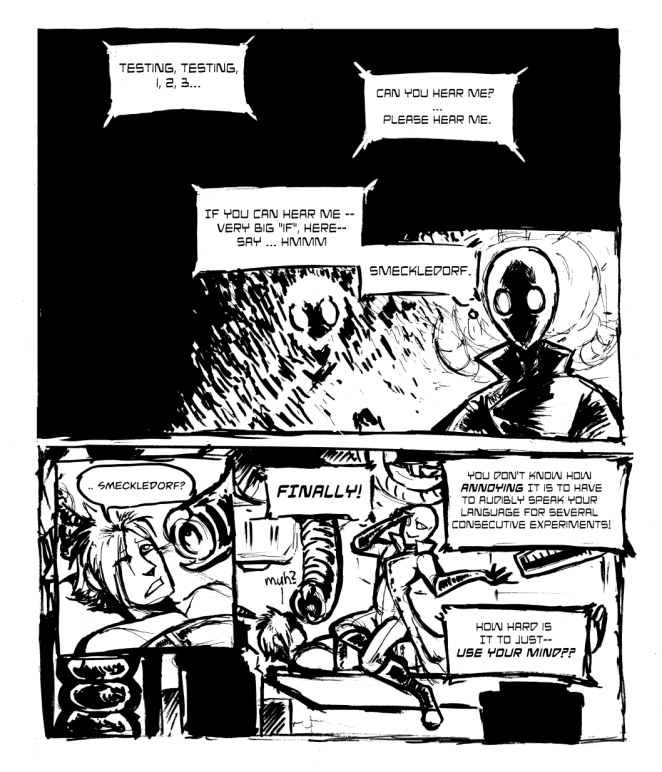 Do you work solo or do you collaborate with others? If so, what are some of your favorite types of collaboration? (People you’ve worked with, style of creators you get along with etc.)

Anyone you’d like to collaborate with some day? Why?

Unfortunately my process doesn’t really allow for other people to step in; I work off a rough outline of events and my thumbnails are messy as hell. I’d be willing to write for someone else or help them out with whatever stage of the process they need help with, though. I’ve also considered outsourcing my environments to someone who will show them more love because I feel like my own set design is lacking. I’m working on improving it but there are people who REALLY LOVE that stuff, you know?

What are your favorite genres/styles of comics to work in? Are there any you definitely will not do?

Is “furry” a genre? I’d love to do more furry comics. My work keeps ending up in a sort of urban fantasy slice of life wandering narrative type of style, but I’d be willing to branch out to anything from post apocalyptic to sword and sorcery. I think the only genre I wouldn’t care for is autobio, but mostly because it’s hard to write about an identity you don’t have.

How has your journey of gender identity shaped how you create? How has your work changed as you’ve gone along?

As I’ve discovered I don’t have a gender, I’ve noticed more of my characters are also gendery wendery – even Cyanide, who was first created as a cis male, could honestly be anything. Giant paws aren’t gendered. This is probably more due to maturity and less about the journey itself, but I’ve also become more accepting to femininity. I still don’t want to BE feminine, but I’m starting to be comfortable exploring it with my AMAB genderfluid serval character, Marilyn – mostly because I aspire to have that level of self-confidence.

(Here’s Marilyn, genderfluid and “flamboyant, gregarious, obnoxious. not the sharpest tool in the shed but definitely one of the warmest. hair may be a container for sass.”)

How do you feel about the current comics industry’s state? What gives you hope for the future of comics?

I don’t know about the industry but I know I’m going at comics like it’s still the early 2000’s, where you just needed a comicpress site and there were much less options available. The massive glut of comics today makes it feel like I’m shouting into the void sometimes, but I power through, because the void deserves more alien dicks. Judging by the comics twitters I follow, the future of comics is looking pretty good. Big names are diversifying, little names are getting more attention. Gross behind the scenes bullshit isn’t tolerated anymore.

Do you have any advice to aspiring creators?

Start small, work up to the magnum opus. Don’t be afraid to suck. Don’t be afraid to make sex comics, no matter how much society seems to be stuck in the Puritan age. Make your damn comic. Fucking do it. Just do it. Keep doing it. Shout into the void. It may not feel like it, but the void is listening.

(The LGBTQ+ identities of their characters, from Zircon to Shit City Funland)

What do comics mean to you?

Comics are a great bridge between novels and animation, both things I want to do some day. I’ll probably never be famous doing any of these, but honestly I just want people to see my stuff. I want ya’ll to take a glimpse into my microcosm of universes.