“I’m Indiana-Jonas but my real name is actually Indiana Jones. I prefer to go by they/them but I don’t mind much what pronoun people call me nowadays. I’ve done a comic called Space Deer that was quite popular on tumblr 2015 and another comic called Us with plants on our heads that I still update infrequently. Oh yeah and I’m in Sweden.”

What do you do? (Write, draw, edit, publish, promote etc.) How did you get started doing that?
I consider myself an artist first-hand, comics and games is my main outlets. Right now I’m making Plantland: Last & First, a romantic comedy set in a post-apocalyptic city. It started as a graduation project in art school where I wanted to make a comic book but the project was restricted to 100 hours so I settled to only design characters, a setting and write a rough draft of the story. My classmates and teachers seemed to like what I came up with and I was all flames about doing the whole thing. But I was hopelessly stuck, I couldn’t draw the environments and I could never figure out what to do with the story. A year or so went by as I struggled with depression and searched for jobs to no avail not getting anywhere with anything. After a while I got a decent summer-job, I worked it for a few months but got creative abstinence so I thought “fuck it I can’t get the comics thing to work but maybe I can do video games”. So I applied to a video game school in Stockholm, got in and then an old friend offered to help me make a comic book, he said anything I wanted. I was happier than I had been in years because of school and I had finally made some savings. Writing became so much easier because of all this and I was practicing drawing daily so I knew by the time the script was done I would be more confident to draw it.

(Plantland updates weekly. Get updates and behind the scenes at their Patreon!)

Every comic artist has this epic story idea they keep procrastinating because they convince themselves they will be better artists in the future, this was my epic story and that’s why I couldn’t nail it. Eventually I made it un-epic so that it wouldn’t be as intimidating. 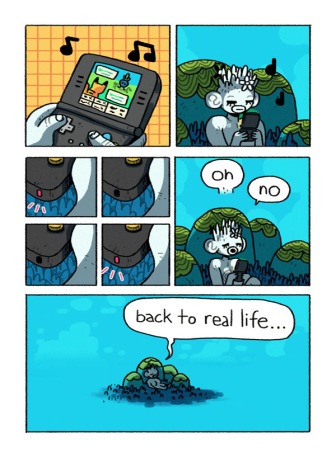 How did you get your start in comics? What was your first project and how did it come about?
My first finished project was a short graphic novel called Empty Planet, I spent an entire summer drawing that and I think that’s when I sort of decided “this is for real now”. A while after finishing that I got a small gig from Boom Studios doing a shortie for the Uncle Grandpa comic adaption, that was a huge deal for 16/17 year old Jonas.

Any current or upcoming projects we can find you on?
There’s Plantland and the previously mentioned Us with plants on our heads.

Also releasing a mobile game soon, you can follow me on twitter for more news about that and other things.

Do you work solo or do you collaborate with others? If so, what are some of your favorite types of collaboration? (People you’ve worked with, style of creators you get along with etc.)
On Plantland I get some assistance from my old friend who offered the book-thing, he’s been giving great feedback on art and writing since the start. My significant other has also been a huge collaborator on Plantland since the very start when this was a school project. Tild and Nimmy, the main characters are in a lot of ways based on us.

There’s always been someone in the background of every comic project I’ve done acting as a bit of a sage, I think everyone should have a sage when they make comics. 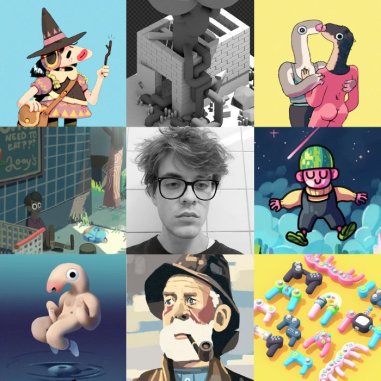 (Art vs. Artist; did you know you can download their resume if you’re interested in business, projects, or collaborations with them?)

Where do you draw your inspiration from? What is it you hope to accomplish with the works you help foster?
I used to be very inspired by Bryan Lee O’Malley’s work, Scott Pilgrim and Seconds. Those have left an impression on me for sure but I don’t read much now instead inspiration comes from everyday things or often I will just improvise something or look at the work itself as an inspiration. Like a huge puzzle I’m trying to make sense of.

What’s really had an impact on me is the novel or book by Father John Misty called Mostly Hypothetical Mountains, in my teens I often stayed up late and re-read this over and over. It’s probably the greatest influence I’ve had in terms of writing. Slaughterhouse 5 by Kurt Vonnegut was also a big one.

With my work I hope to be able to let people see the world and people like I do. With Plantland I’m digging into relationships. Hope and trust are recurring themes and I’m also gonna take a tap at polygamy. 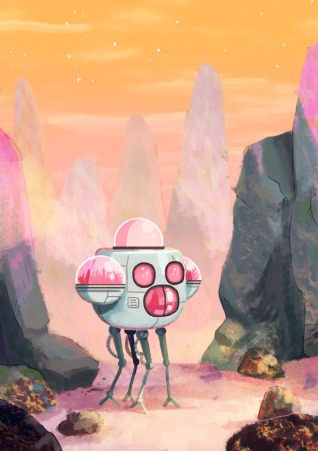 I have strong feelings about it but so far I haven’t felt like doing something that is about gender identity. Instead I want to include LGBT+ characters and help normalize it.

Who are some of your favorite/most inspirational comic characters? What about in other media (novels, TV, movies, podcasts, pop culture)? Why?
Newt Scamander is one of my favorite male protagonists recently. He’s so sweet and sensitive. The Doctor from Doctor Who is also a good one, I haven’t seen the newest Doctor yet but I bet she’s great!

(Swapgeist, a name-your-price game designed, programmed, and art-ed by Jonas)

Do you have any advice to aspiring creators?
Read more philosophy and learn about science and history.

What do comics mean to you?
It used to be everything to me and a huge part of my identity. Now it’s just any other medium.

P.S. I’m far from the first person to interview Indiana-Jonas. Check out this interview by Happy Snake Studios as well!

Are you a creator interested in being featured? Fill out the form! Questions and comments are always welcome @Beebidon on twitter or emailed to ashleybles1234@gmail.com.