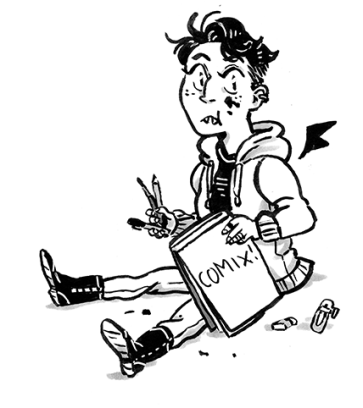 “My name is Ashley McCammon, and I’m a queer comic artist/cartoonist in Dallas TX! My main project right now is Obelisk, a gothic horror comic. I also have a portfolio and a Patreon!”

What do you do? (Write, draw, edit, publish, promote etc.) How did you get started doing that?
I mainly make comics, with a strong focus on queer female characters and an interest in historical settings and dark themes. I wanted to tell stories for as long as I can remember, but writing didn’t feel satisfying to me when I had such specific images to describe in my head. So discovering that I could draw those stories instead was a big deal! I’ve been making comics since the middle of high school – manga and webcomics were probably my biggest gateways into them.

How did you get your start in comics? What was your first project and how did it come about?
I made some short comics in college, but my first “complete” work was for the Monster Anthology: Demon Edition in 2014. “Imprint” is available now to read on my website – it tells the story of a teenage girl with a very strange friend she found in the woods behind her house. 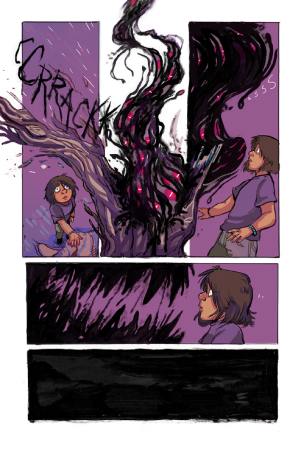 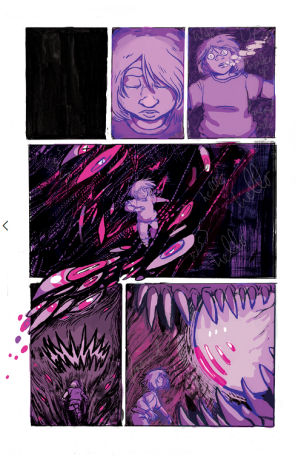 (You can read Imprint on her website or you can still get a PDF of the full anthology!)

Any current or upcoming projects we can find you on?
Obelisk is my main project currently, and my largest comic project to date! You can read it online, or get early updates/behind the scenes secrets by supporting my Patreon. I also have another comic in its very early planning stages that I hope to be able to draw by 2020 😉

Do you work solo or do you collaborate with others? If so, what are some of your favorite types of collaboration? (People you’ve worked with, style of creators you get along with etc.)
I’ve collaborated with writers here and there, but most of my work is solo! I enjoy collaborating, but being a near-fully traditional media artist makes this a little complicated. I’d love to figure out collabing with other artists one day. 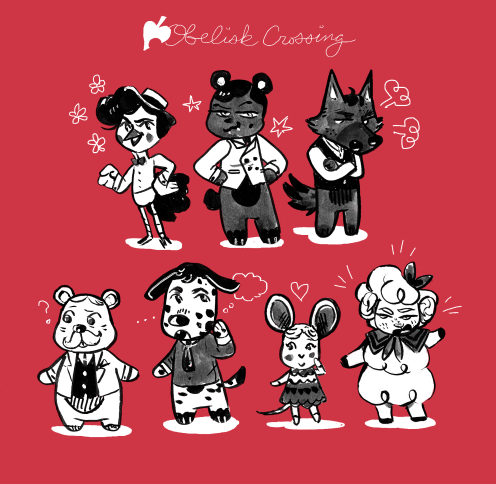 (Speaking of collabs: the “extras” page for Obelisk has tons of guest art for the comic.)

What are your favorite genres/styles of comics to work in? Are there any you definitely will not do?
I work mainly in horror or horror-adjacent genres, with a focus on atmosphere over modern shock/gore style horror. I really love small scale, internal, character-driven stories over anything else. I don’t think I could ever do sci-fi/fantasy, though I like reading it well enough!

(Don’t forget to sign up for the Obelisk newsletter for emails as soon as it updates, as right now the schedule is a bit sporadic.)

Where do you draw your inspiration from? What is it you hope to accomplish with the works you help foster?
Movies are probably my biggest inspiration for my work! I love early film, Universal Monsters movies, noir crime dramas. There’s a lot to translate between movies and the visual medium of comics, and a lot you can learn. I also really strive to tell stories about queer people of all stripes in historical settings – that we existed before the 1960s, and weren’t permanently unhappy or alone. I want to create things that might be difficult and dark and cathartic, but never because of the diversity of the story’s cast.

How do you feel about the current comics industry’s state? What gives you hope for the future of comics?
I worked at a very stereotypical comic shop for about 3 years out of college, and I’m *very* burned out on what’s considered “mainstream” comics – floppies are going the way of the dinosaur, and I don’t think there’s anything wrong with that. The internet and platforms like Patreon and Kickstarter have created so much opportunity for anyone to make things and make a living off of them, and reach their audience directly – I don’t think there’s been a better time to make comics than right now, especially for marginalized creators.

Who are some of your favorite/most inspirational characters to read? What about in other media (novels, TV, movies, pop culture)? Why?
A lot of what I do in comics is actually because there’s a serious lack of female characters as I’d like to see them in anything! Finding butch/queer women in media that aren’t treated as a joke is sort of difficult, so I can’t say I have many of them offhand. 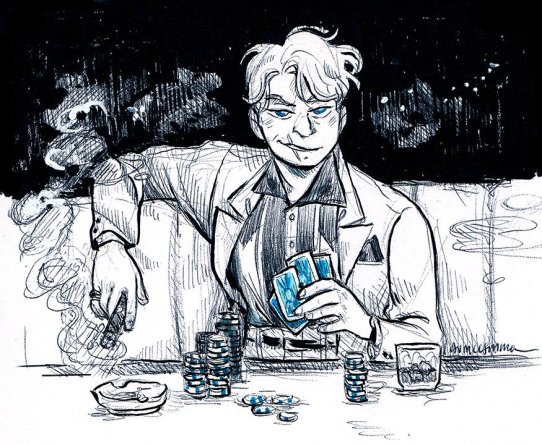 (Ashley couldn’t find many butch women in media, so she created her own! This is Henry [she/her])

Do you have any advice to aspiring creators?
Find a pace that works for you and don’t pay much attention to people who want you to draw in a certain style or tell a certain story (a thing that’s unfortunately common in art schools, in my experience). Diversify your income, cuz comics don’t pay well.

What do comics mean to you?
They’re a really unique medium that has tons of potential for new and exciting things! You’ll learn a huge variety of skills by making one, even if its your very first one. There’s nothing else like them, and as much as they’re difficult, I wouldn’t want to be doing anything else.

(Check out her shop for her comics, as well as a 40 page Obelisk artbook with old and new illustrations, many of them completely exclusive to the book.)